It’s becoming more and more common for major corporations to discuss whether or not they should invest in bitcoin and other cryptocurrencies now that Tesla, Square, and MicroStrategy have all announced that they will do so and hold bitcoin as a reserve (and in some cases, use it to complete transactions). To encourage the growth and development of digital currency, many cryptocurrency investors, both commercial and personal, believe in the currency’s potential without a government-mandated price. Businesses are more likely to switch from fiat currency (government-issued currency that is not backed by any commodity) to bitcoin if they begin to view bitcoin as a form of digital gold.

To help the economy recover from a financial crisis, governments and central banks often print additional money, but this has the unintended consequence of devaluing the currency. When the economy goes into a downturn, businesses that have a variety of currencies on hand, such as fiat and cryptocurrency, are less vulnerable. As with gold, the scarcity of bitcoin (and many other cryptocurrencies) is a major factor in the value of the currency. In times of crisis, governments cannot simply print additional money. As the use of digital money grows, so does the need for regulation, which helps to solidify the currency’s place in the minds of consumers.

Visa and MasterCard have both stated that they plan to provide bitcoin services later this year in response to consumer demand. The purchasing, selling, trading, and holding of cryptocurrency is regulated in nearly every country around the globe. Investing in digital coins is becoming considerably more secure thanks to wallets that offer military-grade protection for both online and offline storage. With bitcoin and other virtual currency investments, there is a greater potential for holdings to be affected by market volatility, which is especially true when a single tweet may cause a sudden change in price. Even at its lowest points, the year-over-year rise in bitcoin value demonstrates that there is a clear upswing taking place, and astute corporate investors are seeing that consumer investors are raising demand, and hence value, for the cryptocurrency.

How can a business acquire Bitcoin?
You might be intimidated by this question if you’ve never purchased bitcoin or any other cryptocurrency before. You need to know where to acquire bitcoin, how to do it, and where to keep it. A cryptocurrency exchange is the most typical place to purchase bitcoins. Like typical brokerage accounts, they allow customers to deposit monies into their account by bank transfer and make orders on the order book.

The first step is to open a corporate account on a crypto exchange.
To acquire bitcoin as a business, you must first join up for a cryptocurrency exchange that offers specialised corporate accounts, such as Gemini, Kraken, Coinbase, or River, which all provide this service. This is critical, as it is far more difficult under many countries’ regulations to allow “others” to purchase assets under the company’s name. Opening a personal account and trading in the name of the firm is thus not a smart idea and might greatly complicate your tax statement and open up new tax concerns with reference to your crypto assets. a. In most circumstances, you’ll get superior customer service and bigger financing limitations than if you had a personal account.

Buy bitcoins
In order to acquire bitcoins as a business, the next step is to make an order. The first step is to transfer money from your company’s bank account to the currency exchange. If you have a corporate bank account, you may want to enquire about your bank’s stance on crypto exchanges before making any transactions. Once the money has arrived on the exchange, you must place an order. For the most part, there are two sorts of orders. There are two types of orders: a “market order” and a “limit order.” The “market order” is the simplest, while the “limit order” is the more complicated.

Limit orders as opposed to market orders
Exchanges look at the current sell orders in their book to determine how much your buy order will cost you when you place a market order. To make a purchase, all you have to do is input the desired amount and hit the “buy” button.

Keep an eye on your Bitcoins
Once you obtain some bitcoin on an exchange you have two alternatives for storing them. How do you tell the difference between third-party custody and self-custody? When it comes to digital assets like bitcoin, self-custody is one of the most revolutionary aspects. In a bitcoin wallet, a user’s private key is stored and the wallet is responsible for signing transactions on the user’s behalf. A bitcoin miner verifies that a transaction has been signed by the private key of the bitcoins involved before adding the transaction to the Blockchain.

To put it another way, bitcoin isn’t an IOU in a bank account; it’s more like a digital dollar that can be exchanged for real money when needed. Users have direct access to their assets because of bitcoin’s lack of a middleman. The easiest way to protect your company’s bitcoins if you choose self-custody is to get a bitcoin hardware wallet. Keeping your private keys offline in a hardware wallet eliminates the majority of attack points for hackers. Connecting your hardware wallet to a computer programme and signing transactions with your hardware wallet are the only ways to transmit bitcoin. 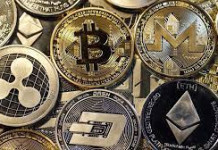 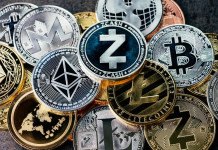 How much does it cost to open a bitcoin account? 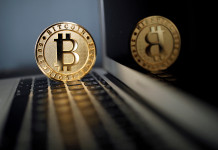